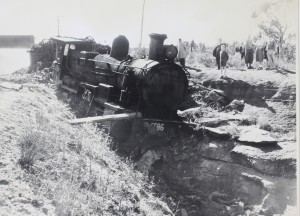 A driver and fireman escaped injury last night when their locomotive plunged over an embankment between Kuring-gai and Cowan stations,on the main northern line about 25 miles from Sydney.

The fireman jumped clear but the driver stayed with the engine .The trucks following were smashed and tossed in all directions and hundreds of tons of coal was scattered about.The mishap occurred about 11.30pm.

Breakdown gangs started work soon after midnight but railway officials said the lines could not be wholly cleared before midday.

The 2.17am train to Newcastle from Sydney was delayed for half an hour.

It was the fifth train accident in and near Sydney in eight days. 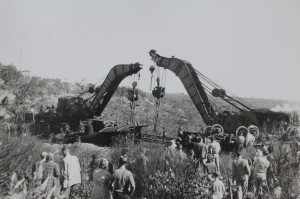